Read the first part of this series here.

Although Gauss made contributions in many fields of mathematics, number theory was his favourite. He said that

A way in which Gauss revolutionised number theory was his work with complex numbers.

Gauss gave the first clear exposition of complex numbers and of the investigation of functions of complex variables. Although imaginary numbers had been used since the 16th century to solve equations that couldn’t be solved any other way, and although Euler made huge progress in this field in the 18th century, there was still no clear idea as to how imaginary numbers were connected with real numbers until early 19th century. Gauss was not the first to picture complex numbers graphically (Robert Argand produced the Argand diagram in 1806). However, Gauss was the one who popularised this idea and introduced the standard notation a + bi. Hence, the study of complex numbers received a great expansion allowing its full potential to be unleashed. 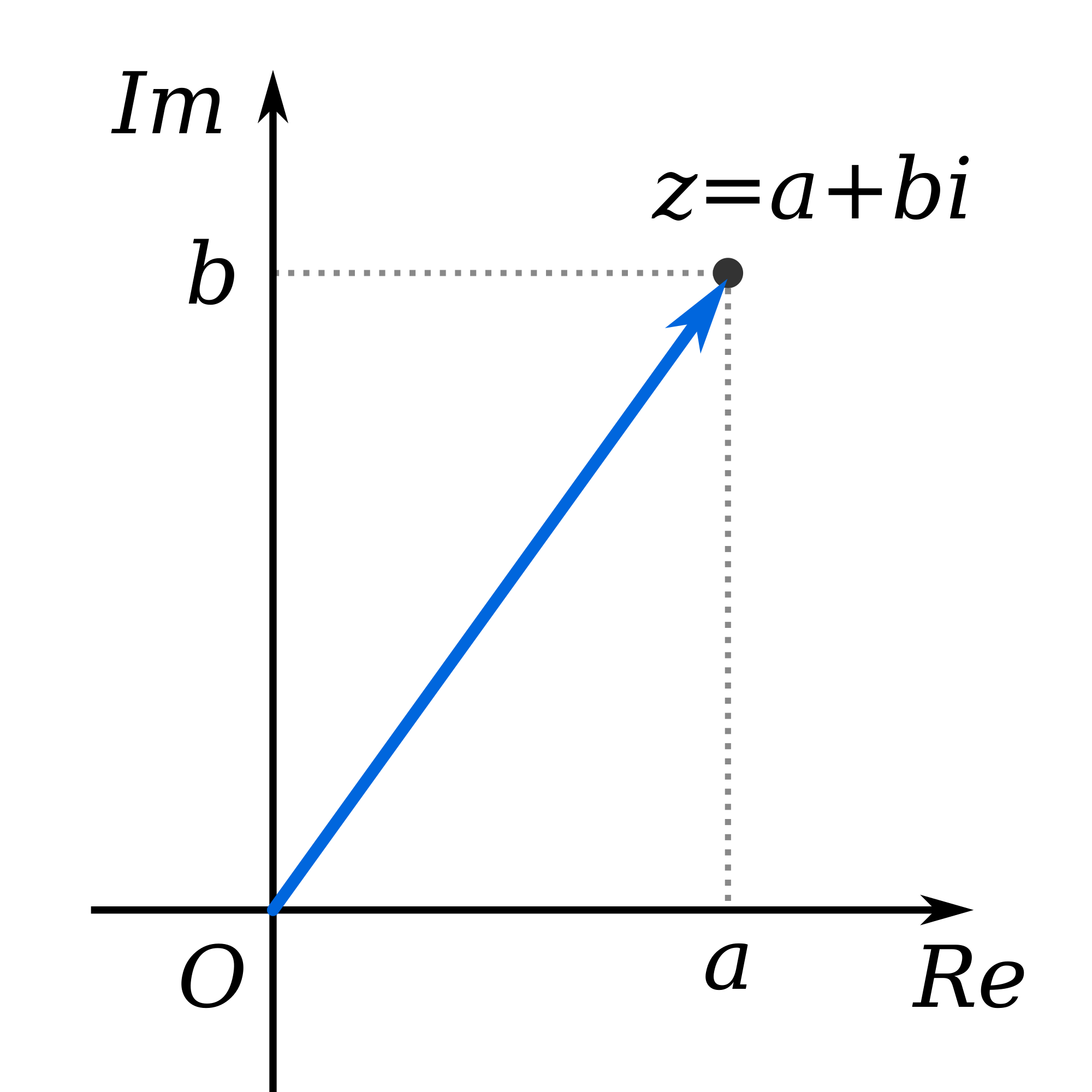 Furthermore, at the age of 22 he proved the Fundamental Theorem of Algebra which states:

Every non-constant single-variable polynomial over the complex numbers has at least one root.

This shows that the field of complex numbers is algebraically closed, unlike the real numbers.

Gauss also had a strong interest in astronomy, and was the Director of the astronomical observatory in Göttingen. When Ceres was in the process of being identifies in the late 17th century, Gauss made a prediction of its position. This prediction was very different from those of other astronomers, but when Ceres was discovered in 1801, it was almost exactly where Gauss had predicted. This was one of the first applications of the least squares approximation method, and Gauss claimed to have done the logarithmic calculations in his head.

Although popularly known as Catalan’s conjecture, this is in fact a theorem in number theory, proven by Preda Mihăilescu in 2002, 158 years after it was conjecture in 1844 by French and Belgian mathematician Eugène Charles Catalan.

Similarly to Fermat’s last theorem, the solution to this conjecture was assembled over a long period of time. In 1850, Victor Lebesgue established that b cannot equal 2. But then it was only after around 100 years, in 1960, that Chao Ko constructed a proof for the other quadratic case: a cannot equal 2 unless x = 3.

Hence, this left a,b odd primes. Expressing the equation as (x-1)(xa-1)/(x-1) = yb one can show that the greatest common divisor of the two left hand factors is either 1 or a. The case where the gcd = 1 was eliminated by J.W.S Cassels in 1960. Hence, only the case where gcd = a remained.

Consider an n-digit number k. Square it, and then add the right n digits to the left n or n-1 digits (by convention, the second part may start with the digit 0, but must be nonzero). If the result is k then it is called a Kaprekar number. They are named after D. R. Kaprekar, a recreational mathematician from India.

We can extend the definition to any base b:

A Friedman number is an integer that can be obtained combining all its digits with the 5 arithmetic operations (+, -, x, /, ^) and concatenation. Note that parentheses can be used in the expressions in order to “override the default operator precedence“. These numbers are named after mathematician Erich Friendman.

For example, 13125 is a Friedman number as it can be written as

A nice Friedman number is one where the digits in the expression can be arranged to be in the same order as the number itself. An example of this is 127 = -1 + 2^7.

Friedman numbers can be repdigits, such as

This link will take you to a list of Friedman numbers and their decompositions up to 10^6.

Michael Brand showed that the density of Friedman numbers among the naturals is 1. This means that the probability of a number chosen randomly and uniformly between 1 and n to be a Friedman number tends to 1 as n tends to infinity.

Working in base 10 Let’s represent a 2-digit number by 10m + n, where n is an integer from 0 to 9. Now, we only need to check each possible combination of m and n against the equalities:

Surreal numbers were first invented by John Horton Conway in 1969, but was introduced to the public in 1974 by Donald Knuth through his book ‘Surreal Numners: How Two Ex-Students Turned on to Pure Mathematics and Found Total Happiness‘.

What are Surreal Numbers?

Surreal numbers are the ‘most natural’ collection of numbers that include both real numbers and the infinite ordinal numbers of Georg Cantor. The surreals have many of the same properties as the reals, including the usual arithmetic operations. Hence, they form an ordered field.

For a surreal number x we write x = {XL|XR} and call XL and XR the left and right set of x,respectively. These will be explained below.

Every number corresponds to two sets of previously created numbers, such that no member of the left set is greater than or equal to any member of the right set. Therefore, if x = {XL|XR} then for each xL ∈ XL and xR ∈ XR, xL is not greater than xR.

In the first stage of construction, there are no previously existing numbers so the only representation must use the empty set: { | } = 0.

A Lychrel number is a natural number that cannot form a palindrome by the 196-algorithm: an iterative process of repeatedly reversing a numbers’ digits and adding the resulting numbers.

Whilst in other bases (powers of two) certain numbers can be proven to never form a palindrome, in base 10 (the base system we use in everyday life) no Lychrel numbers have been proven to exist. However many numbers, such as 196, are suspected to be a Lychrel number on “heuristic and statistical grounds“.

The name Lychrel was coined by Wade Van Landingham in 2002 as an anagram of Cheryl, his girlfriend’s name.

The reverse-and-add process is when you add a number to the number formed by reversing the order of its digits.

Examples of non-Lychrel numbers are (taken from Wikipedia):

196 is the smallest number suspected to never reach a palindrome in base 10 and has thus received the most attention:

A palindrome has yet to be found.

For more on Lychrel numbers, click here or here.

Today I decided to do another instalment of my series ‘New Books in Math’, where I talk about books which have been recently released or will be released soon.

Ali Almossawi, the author of the popular book Bad Arguments, has returned with a funny and smart introduction to algorithms.

This book aims to answer questions such as “why is Facebook so good at predicting music?” and “how do you discover new music?“

To demystify a topic of ever increasing importance to our lives, Almossawi presents us with alternative methods for tackling twelve different scenarios, guiding us to better and more efficient choices “that borrow from same systems that underline a computer word processor, a Google search engine, or a Facebook ad”.

“Bad Choices will open the world of algorithms to all readers making this a perennial go-to for fans of quirky, accessible science books.”

Are Numbers Real?: The Uncanny Relationship of Mathematics and the Physical World – Brian Clegg

What was life like before numbers existed? Numbers began as simple representations of everyday things, but mathematics rapidly took a life of its own and grew into what it is today.

In Are Numbers Real?, Brian Clegg explores the way that maths has become more and more detached from reality, but yet remains the driving force of the development of modern physics.

“From devising a new counting system based on goats, through the weird and wonderful mathematics of imaginary numbers and infinity to the debate over whether mathematics has too much influence on the direction of science, this fascinating and accessible book opens the reader’s eyes to the hidden reality of the strange yet familiar world of numbers.”

The Mathematics Lover’s Companion: Masterpieces for Everyone – Edward R. Scheinerman

“How can a shape have more than one dimension but fewer than two? What is the best way to elect public officials when more than two candidates are vying for the office? Is it possible for a highly accurate medical test to give mostly incorrect results? Can you tile your floor with regular pentagons? How can you use only the first digit of sales numbers to determine if your accountant is lying? Can mathematics give insights into free will?“

Edward Scheinerman answers these questions and more in The Mathematics Lover’s Companion, in bite-size chapters that require only secondary school mathematics. He invites readers to get involved in solving mathematical puzzles, and provides an engaging tour of numbers, shapes and uncertainty.

“The result is an unforgettable introduction to the fundamentals and pleasures of thinking mathematically.“

A Leyland number is an integer of the form

, where x and y are integers greater than 1. This condition is very important as, without it, every positive integer would be a Leyland number of the form x1 + 1x.

They are named after Paul Leyland, a British number theorist who studied the factorisation of integers and primality testing.

Leyland numbers are of interest as some of them are very large primes.

A Leyland prime is a Leyland number that is also prime. The first of such primes are:

The largest known Leyland prime is

What is a subgroup?

If H is a subset of group G with the restricted operation • from G, then H is a subgroup of G.

The trivial subgroup of any group is the subgroup {e} consisting of just the identity element.

A proper subgroup of a group G is a subgroup H which is a proper subset of G, i.e. H ≠ G.

This is called the ‘super-efficient’ subgroup criterion as it has less steps than the previous criterion, and therefore these conditions are faster to check. However, this is only true “when we are dealing with very general situations; if you’re working in an example, to work out a•b^-1 you usually have to work out b^-1 and can already see if it is in the subgroup given. So in examples, it is mostly more sensible to use the usual subgroup criterion.“

There are proofs for these criterion. Let me know if you want me to go over them in a future post! M x

This week I wanted to discuss a topic that I’ve been learning about in lectures: groups. In this post I will highlight the axioms that a set of numbers must satisfy in order for it to be a group, i.e. the definition of a group.

So, a group (G,∘) (where ∘ is the operation) must satisfy the following conditions:

To prove that something is a group, we must go through the group axioms and check that all of them hold.

Concluding, it follows that the set of integers is a group under addition. Note that this group is also abelian as a + b = b + a for all integers a, b.